skip to main | skip to sidebar

I arrived in Boulder yesterday afternoon, where I am visiting my good friends Gary & Bibi. In anyone's book, Gary is one of the pioneers of climbing and is a world-class mountaineer. In fact, meeting Gary Neptune in Zermatt, Switzerland in 1989 was the catalyst to the start of my climbing career.

Today I got to meet Jens Voigt. Oh, so you say who the heck is that? Well, if you were a cycling enthusiast such as myself you would be excited for me. Known as a great all round rider, he is a legend in the world of cycling. German born, he has competed in 17 Tour de Frances, completing 340 stages in his career. Yesterday he retired from competitive cycling at the age of 42 upon the completion of the USA Pro Challenge race, which ended on Sunday in Denver. The race passed right through Boulder. Read about Yens.

So this morning Gary and I went to a local bike shop where Jens appeared before a crowd to speak about his career, and to sign autographs. It was especially fun for me, because unlike most people toting cycling jerseys and posters to be autographed, I only had my sketchpad with me. He asked if I was an artist, to which of course I said yes. He then took my pad back again and drew a flower. It was pretty funny. Below is a snippet from Jens' talk. 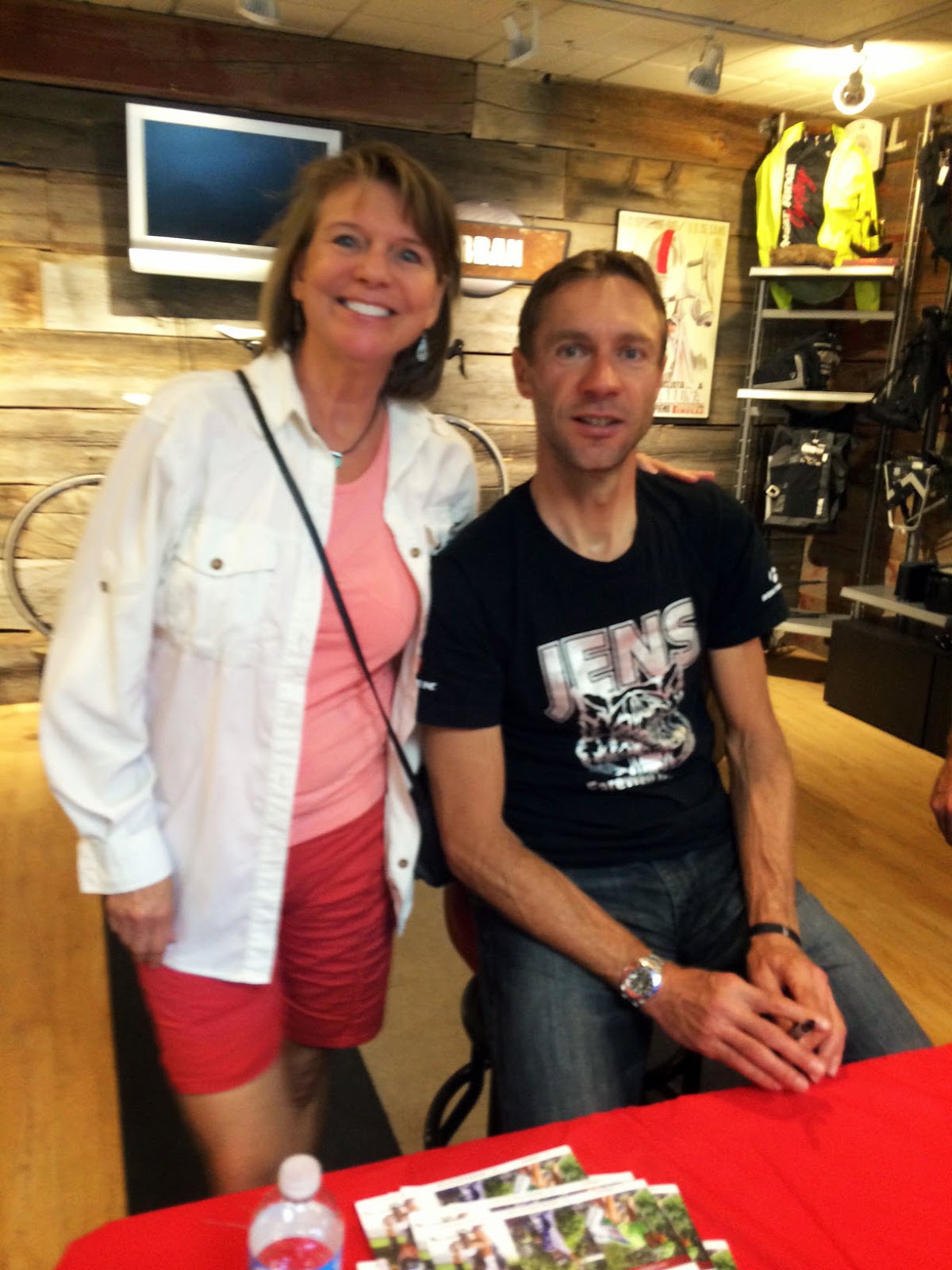 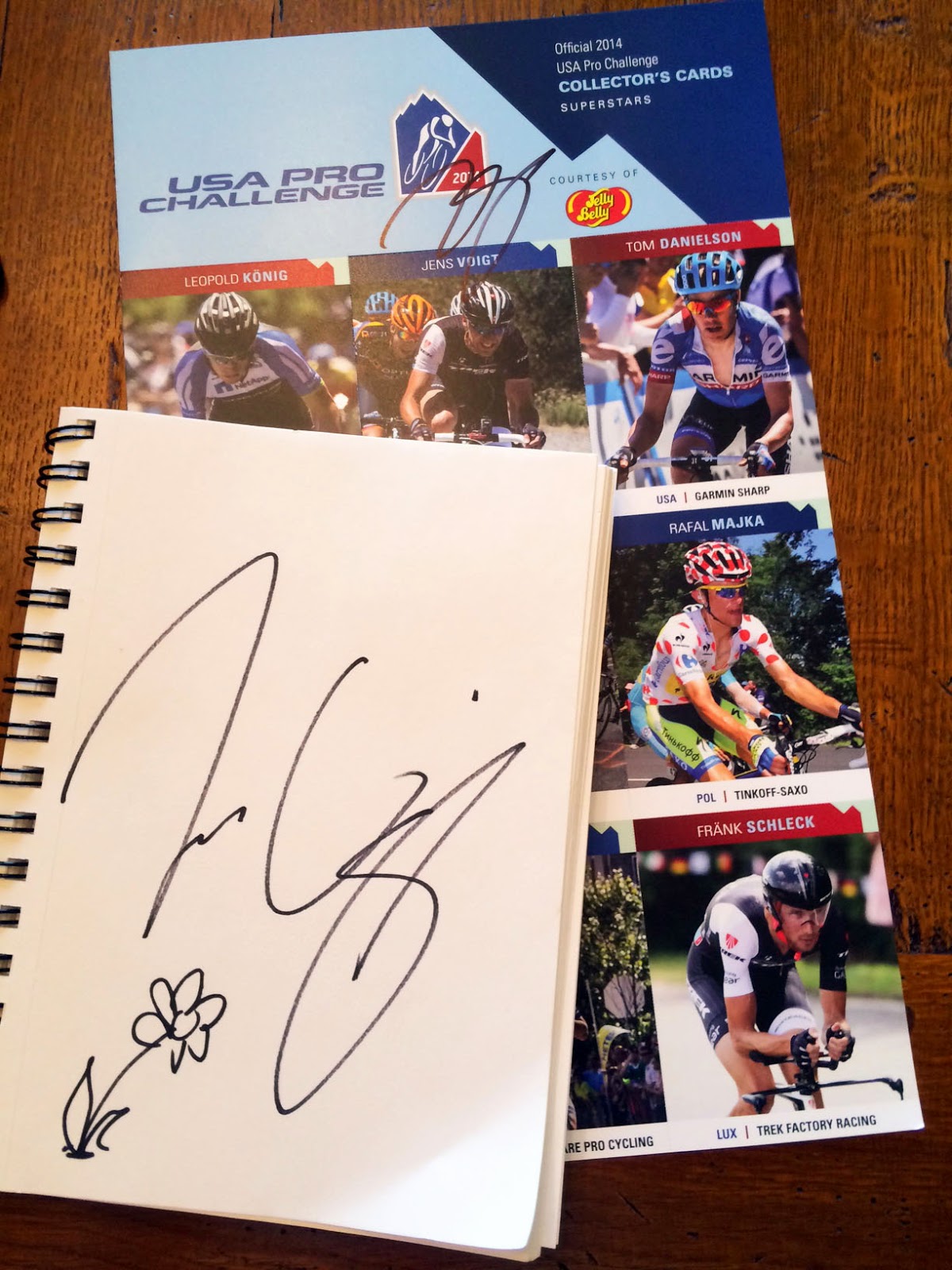